Weston: the divorce capital of UK?

Back in February 2013 the Daily Mail ran a report stating that Weston-super-Mare was the divorce capital of the UK with 7.5% of the population of the town (80,000) filing for divorce in 2011.  The next day the BBC ran a similar report citing that the figures were skewed due to the fact that an online divorce service were using the Weston-super-Mare county court to process applications from all over the country.  This probably says more about the Daily Mail than Weston-super-Mare’s marital disputes but it brings to mind an interesting statistic that 42% of all marriages end up in divorce.

This infographic supplied by the ONS http://www.ons.gov.uk/ons/resources/divorces2014final_tcm77-352461.png gives some fascinating statistics about divorce in the UK.  40-44 is the most common age to get divorced and 65% of divorces are initiated by the wife.  What happened in 1993, which is the highest year on record for divorces in the UK.  Perhaps it was the launch of The Child Support Agency or the fact that Princess Diana withdrew from public life sparking a wave of early sympathy.  Who knows, but if you are looking for a divorce lawyer or facing challenges ahead it may pay to explore your options and work out the best course of action. At PowellsLaw we can speak to you about the best way forward to ensure your best outcome. 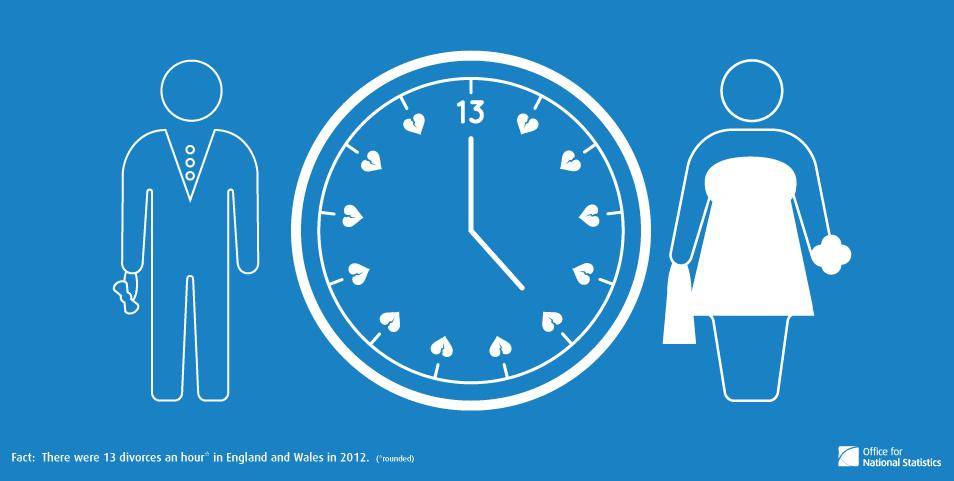