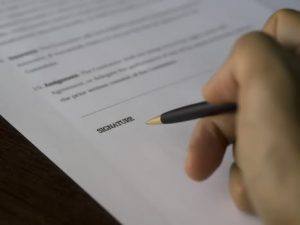 A recent case has highlighted the importance of having properly drafted legal documentation to avoid employment liabilities relating to business transfers.

The Transfer of Undertakings (Protection of Employment) Regulations 2006 (‘TUPE’) protect employees’ rights on the transfer of a business in which they are employed.  However, what if the transferor has ceased to operate. Is there still a ‘business’ to transfer?

In a recent case decided by the European Court of Justice (‘ECJ’) a Spanish company operated a music school for a Spanish public authority. Pupil numbers dropped and the company dismissed all its staff and ceased trading.

A new contract was awarded by the public authority to a different contractor 5 months later and a former employee brought a claim against the new operator on the basis that her employment had transferred to it. The ECJ held that despite the 5-month gap there was still an ‘undertaking’ (business) in existence which could transfer.

In an English case relating to a social club, the transferor surrendered the premises licence of a bar and the transferee taking over the bar later obtained a licence and re-opened it with its own staff.

The Employment Appeal Tribunal held that the period during which the bar was shut before re-opening did not mean that the business had ceased but had merely been ‘suspended’. There was, therefore, a business transfer for the purposes of TUPE and the former employee could bring a claim against the new owner.

These cases demonstrate that a business transfer under TUPE may have occurred without the transferor or the transferee realising it, leaving both parties potentially liable to claims from former employees.

The moral of the story is that buyers and sellers of businesses should ensure that they have properly prepared legal documentation which deals with the effects of TUPE as failing to do so could leave them exposed to expensive employment claims.

The law relating to business transfers is very complex and specialist advice is essential. If you would like advice on this or any other employment issues please contact Glyn Evans on 01934 637911 or email evans@powellslaw.com.