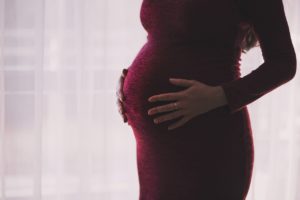 In a recent decision, the Court of Appeal has held that employers who pay enhanced contractual maternity pay but only statutory shared parental leave pay (SHPL) do not directly or indirectly discriminate against men, and are not in breach of the equality of terms (Equal Pay) legislation.

The statutory rate for SHPL is currently £148.68 per week.

Many employers have schemes in place which pay Mothers on maternity leave enhanced maternity pay.  However, where Mothers have converted their maternity leave into shared parental leave, the tendency has been to pay Fathers at the flat statutory rate and not at an enhanced rate.

Until the recent decision, it was not clear whether offering enhanced contractual maternity pay but only statutory SHPL discriminated against men.  The Court of Appeal has clearly held that it does not, and further that such treatment does not give rise to an entitlement to equal pay.

The Court of Appeal’s rationale for its decision in relation to both discrimination and equal pay, is that were it to allow such claims to succeed it would undermine the special position afforded to women in connection with pregnancy or childbirth, which would be contrary to the policy set out in European case law (and flowing from the Pregnant Workers Directive), and the policy of the UK’s Equality Act 2010.

The decision will bring relief to employers, but this may be short lived as an application has been made for permission to appeal the decision to the Supreme Court. We will keep you informed of the outcome.

If you are an employer or an employee and require advice relating to the maternity leave or any other employment matters please contact Glyn Evans on 01934 637911 or email evans@powellslaw.com