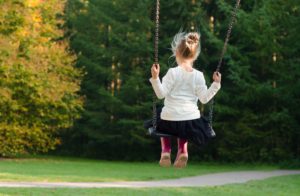 The following is a case note from Family Law, highlighting the role of Child Arrangements within Family Law:

Following his parents’ separation in 2007, the child (H) (aged 12) lived with his mother (M) in the Midlands. The father (F) lived in the South of England. Since 2007, there had been six sets of private law proceedings concerning F’s contact, permission to remove for holiday contact, M’s refusal to co-operate with F about H’s secondary school and contact issues. M raised domestic abuse allegations against F, although no findings were made.

H had regular, good quality contact with F until March 2018. Keehan J accepted the unchallenged evidence of the child psychologist, that M had alienated H from F. H’s emotional needs, including his right to have a relationship with F, were being sacrificed in his rejection of F, which served a loving function for M within the parental separation. If the situation continued, H would continue to suffer emotional harm.

The expert concluded that if H remained living with M, he would not have a relationship with F. If an attempt were made to re-establish contact, while H lived with M, H was likely to become even more entrenched against F. A transfer of living arrangements was the only route to reconciliation. The recommendation was therapy for H and F in F’s home for at least four days and nights with follow-up sessions for 12 weeks afterwards. During the transition period, H was to have no direct contact with M. Indirect contact could be permitted on the independent social worker’s (ISW’s) advice.

H had lived with M all his life and in the Midlands for most of his life, albeit spending time in the South of England with F. Keehan J considered that the trauma and stress on H of a transfer of residence would not last long. At the end of submissions, Keehan J announced his decision but reserved judgment. The ISW collected H from school that day and transported him to F’s home. The transfer into F’s care proceeded smoothly and the transition plan was effective.

The decision highlights that in parental alienation cases, where the child has previously had good quality contact with the alienated parent, an immediate transfer of living arrangements can be successfully achieved with appropriate therapeutic support, notwithstanding an 18-month absence of direct contact.