Top Tips – Will Drafting: Make Sure You Have Your Say 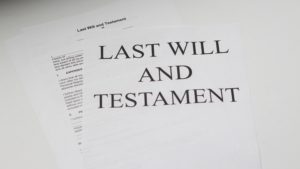 In 2018, it was calculated that over 30 million people in the UK didn’t have a Will. Those people will pass away intestate. In practice, this means that it will be the law and not them that decides how their wealth and possessions are divided after they die. Their estate will probably also end up paying more Inheritance Tax than necessary.

If there is no Will and no legal heir, the estate passes to the Crown. A cohabiting partner is not a legal heir, nor is a step child – neither will receive anything unless it is specified in a Will.

Having an ‘understanding’ or telling somebody that they will inherit something from you makes no difference. The only thing the law is concerned with is anything that has been written down and properly executed. Even if the arrangements seem clear (such as dividing your estate between surviving children) the probate process without a Will in place can be lengthy and unnecessarily expensive.

Good Will Drafting – What You Need to Know

In most cases, making a Will is a relatively quick and straightforward process. Having it drawn up by a solicitor will ensure that the wording is clear so there is no confusion about your intentions. Your solicitor will also make sure that your Will is properly witnessed.

In addition to not executing the Will properly, other common mistakes include not accurately describing a gift or gifting assets that are jointly owned or cannot be gifted in practice.

You should also consider including any particular wishes you have for your funeral and, increasingly, digital assets such as emails and photos stored online. Depending on their ages you might also want to specify who will have care of your children.

READ ABOUT LASTING POWERS OF ATTORNEY

Depending on your personal circumstances there are different types of Will to consider. Mirror Wills are becoming more popular for couples. These are essentially identical and usually state that the estate passes first to the partner and then to surviving children on their death. Mirror Wills are cheaper compared to drawing up two single Wills because the wording is substantially the same.

The potential problem is that either party can change their will without notifying the other, or even after the death of the first partner. Surviving partners might remarry. Things can get very complicated. A disinherited child or stepchild may still have legal routes to press a claim but these are difficult to pursue and may not be successful.

The only ways to be certain that your share of the estate eventually passes to your children is to have legally-binding Mutual Wills drawn up or to include a ‘life interest trust’ within the Will. Mutual Wills are less popular because they are very inflexible.

Making a Will is important. Despite the potential pitfalls we’ve outlined it is usually quite straightforward to guarantee that your estate is settled in the way you would want and to minimise Inheritance Tax.

Contact the Later Life Planning Team at Powells Law on 01934 623501 or email helpforyou@powellslaw.com.